Approximately 40 members of the Texas Patriot Guard Riders lined the tarmac of Austin Bergstrom International Airport on Feb. 24, 2010, holding American flags as a small Kalitta Charters plane delivers Sgt. Bobby Pagan’s remains to his family. As the belly of the plane opens to show Pagan’s flag-draped casket, only his mother’s cries break through the loud rustling of the flags in the wind.

The Patriot Guard Riders, a group of motorcycle riders who escort military funerals, formed in 2005 in response to the Westboro Baptist Church planned protest during the Funeral of Sgt. John Doles in Chelsea, Ok. Recently, as the number of protesters dwindle, so does community support for families -- especially in large cities like Austin. Over the course of 2010, I photographed the members of the Central Texas Patriot Guard Riders as they escorted both veteran funerals and KIA funerals from Iraq and Afghanistan as the growing apathy over both wars continued to rise.

Texas remains at the forefront of casualties from both Iraq and Afghanistan. According to The Washington Post’s Faces of the Fallen, as of August 2010, Texas claims 496 of the 5,601 fatalities from the war efforts in Iraq and Afghanistan, second to only Calif. While I am no longer photographing this project, I do believe that the PGR serves an important purpose for the families that do not get to greet their returning soldier with a warm embrace. For many of these families, the PGR is the only community show of support for their loved one and a reminder that someone will stand and take notice. 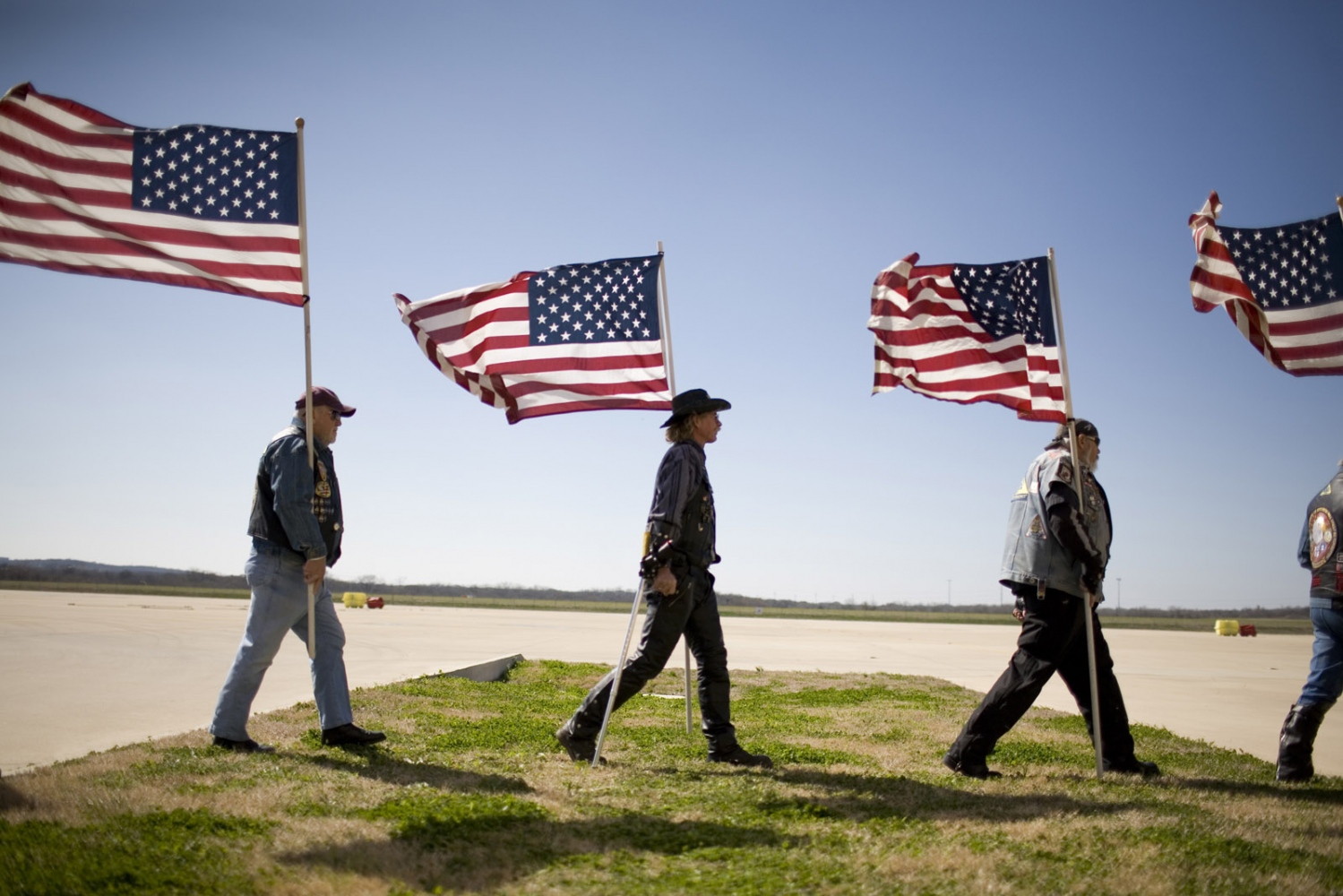 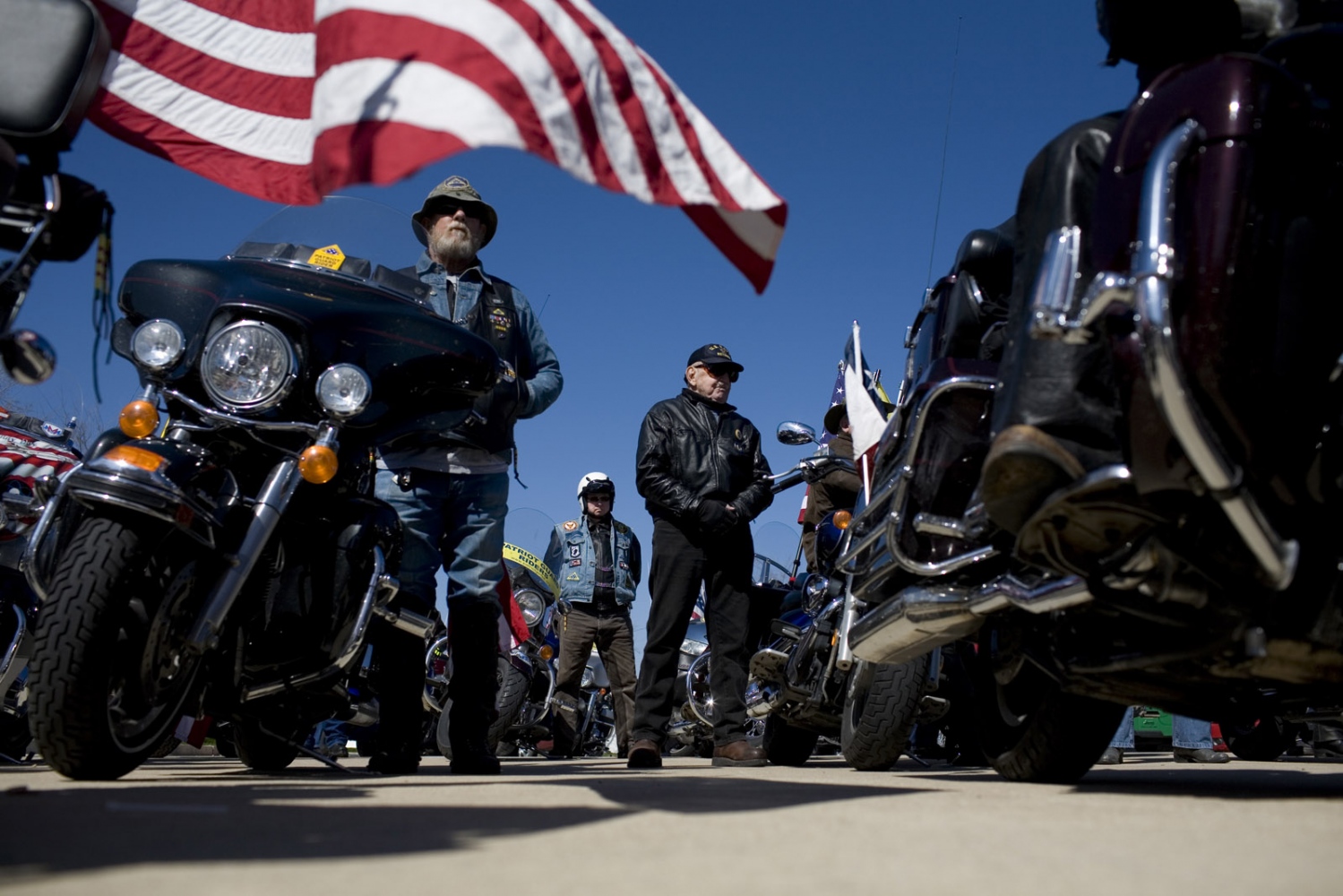 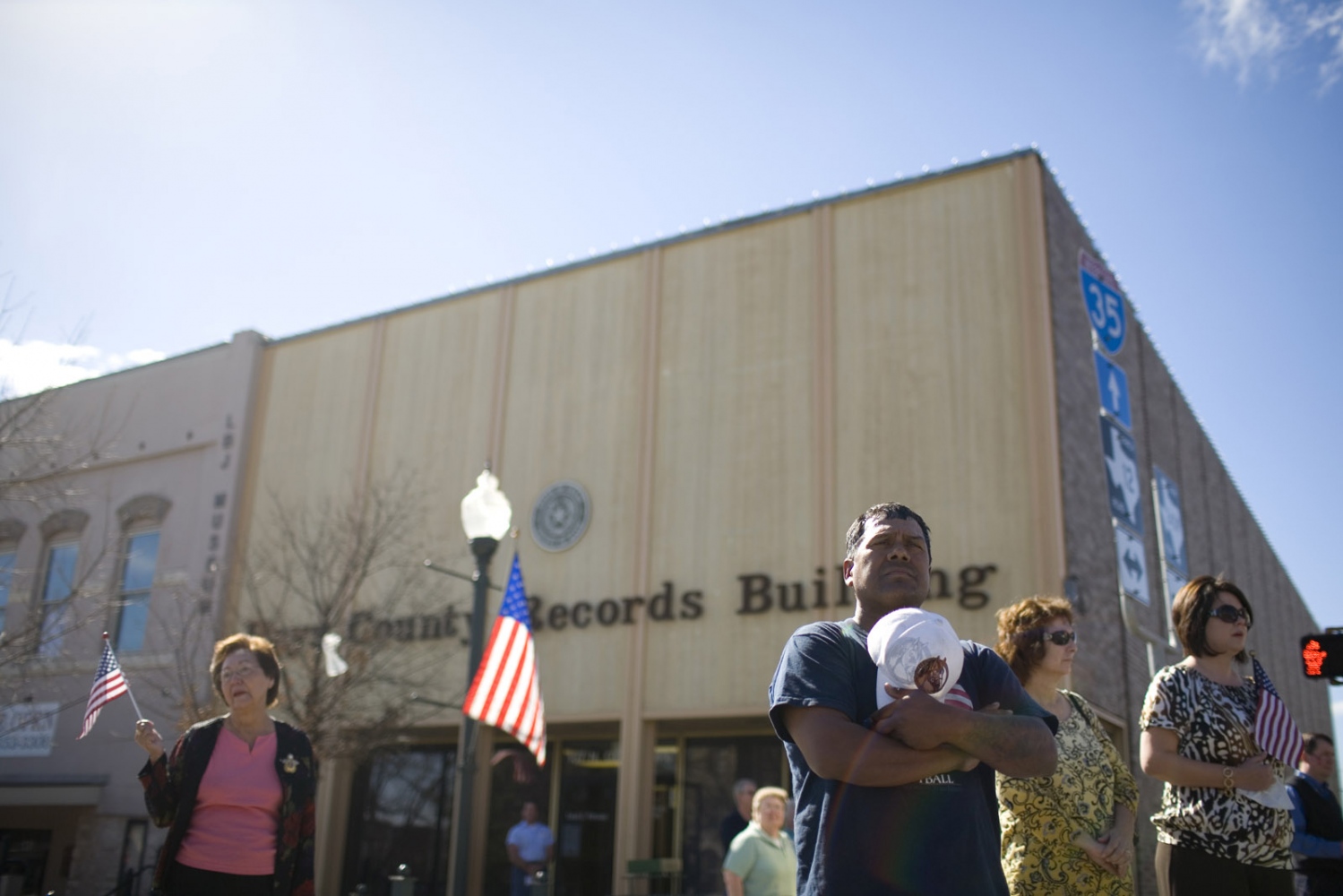 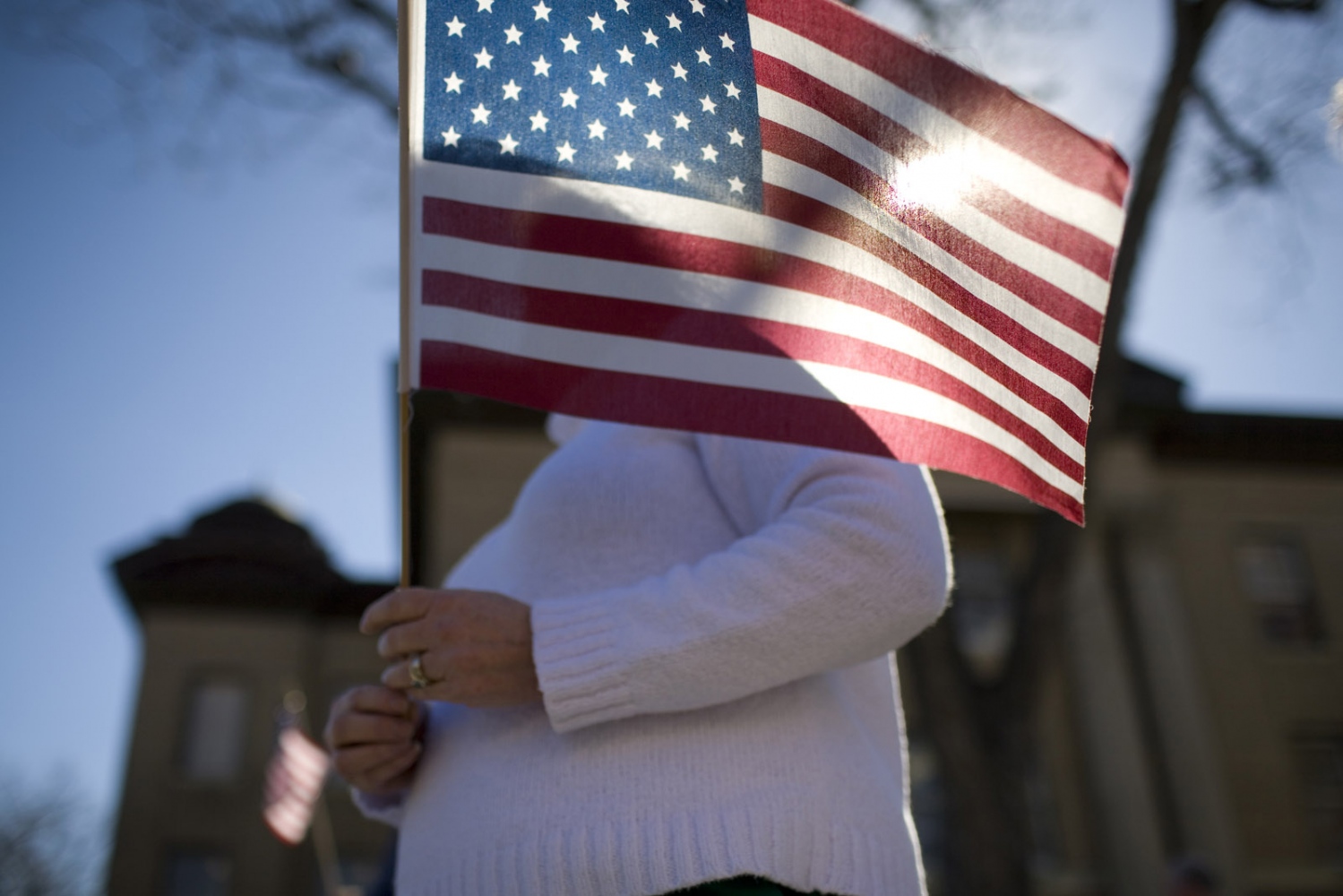 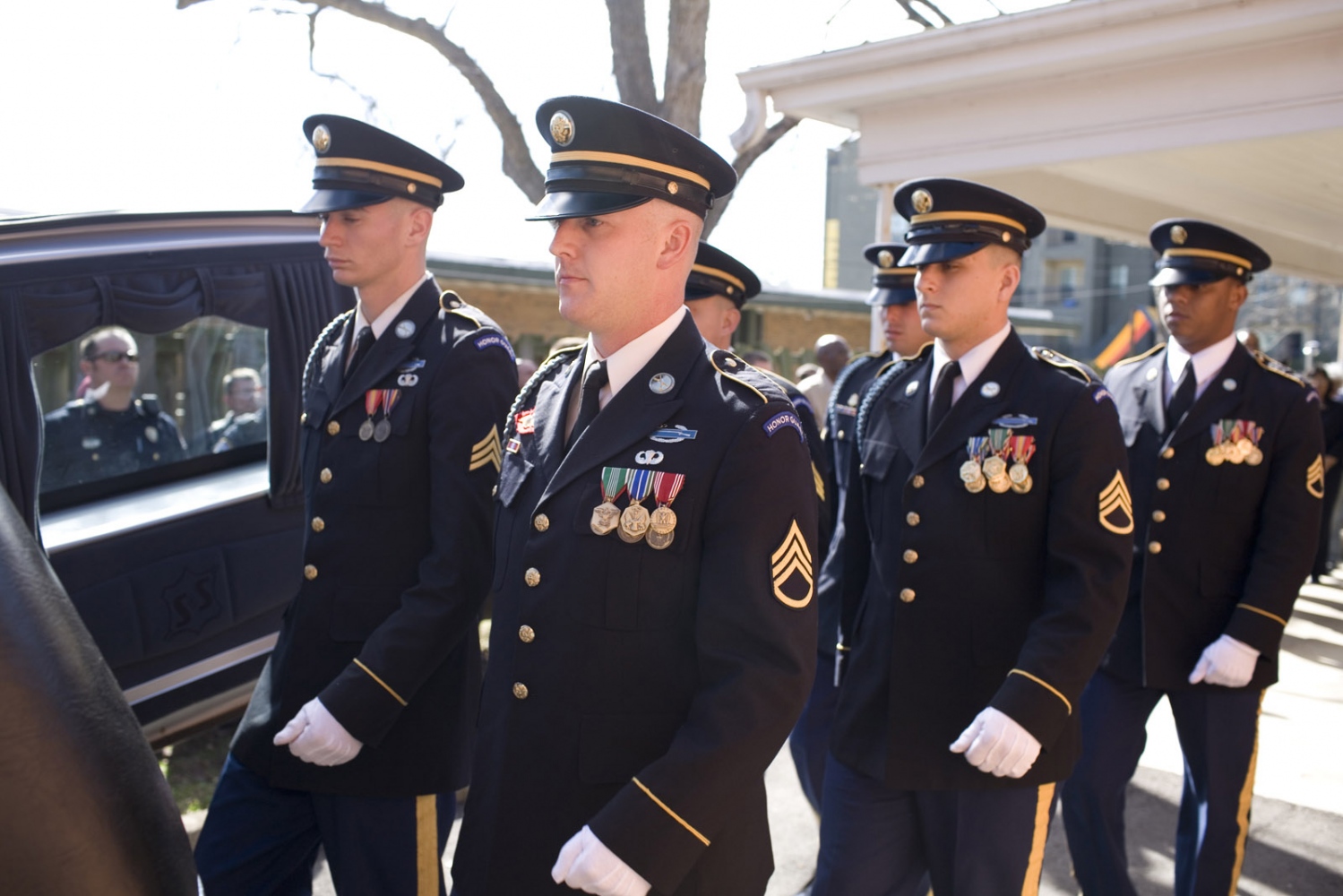 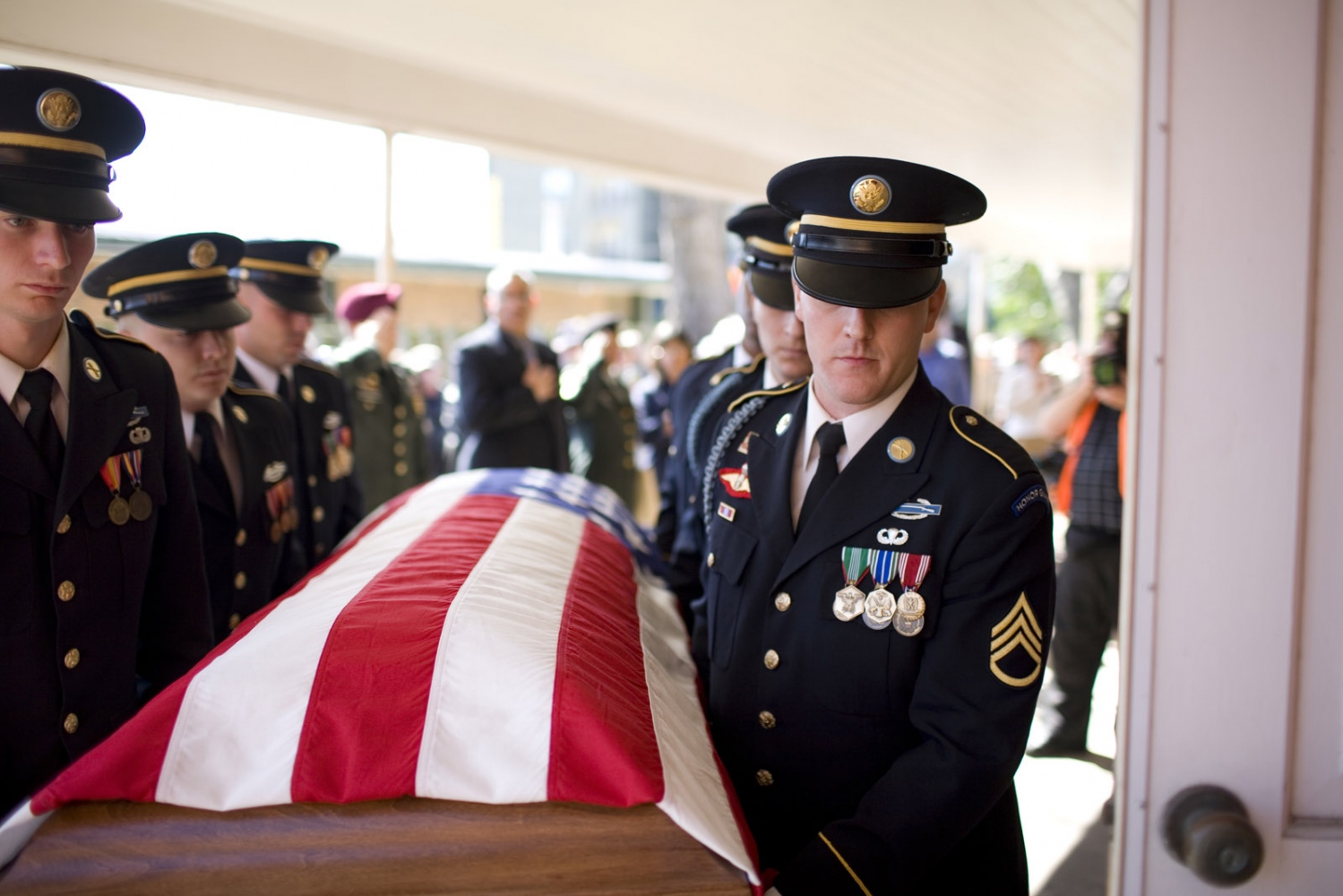 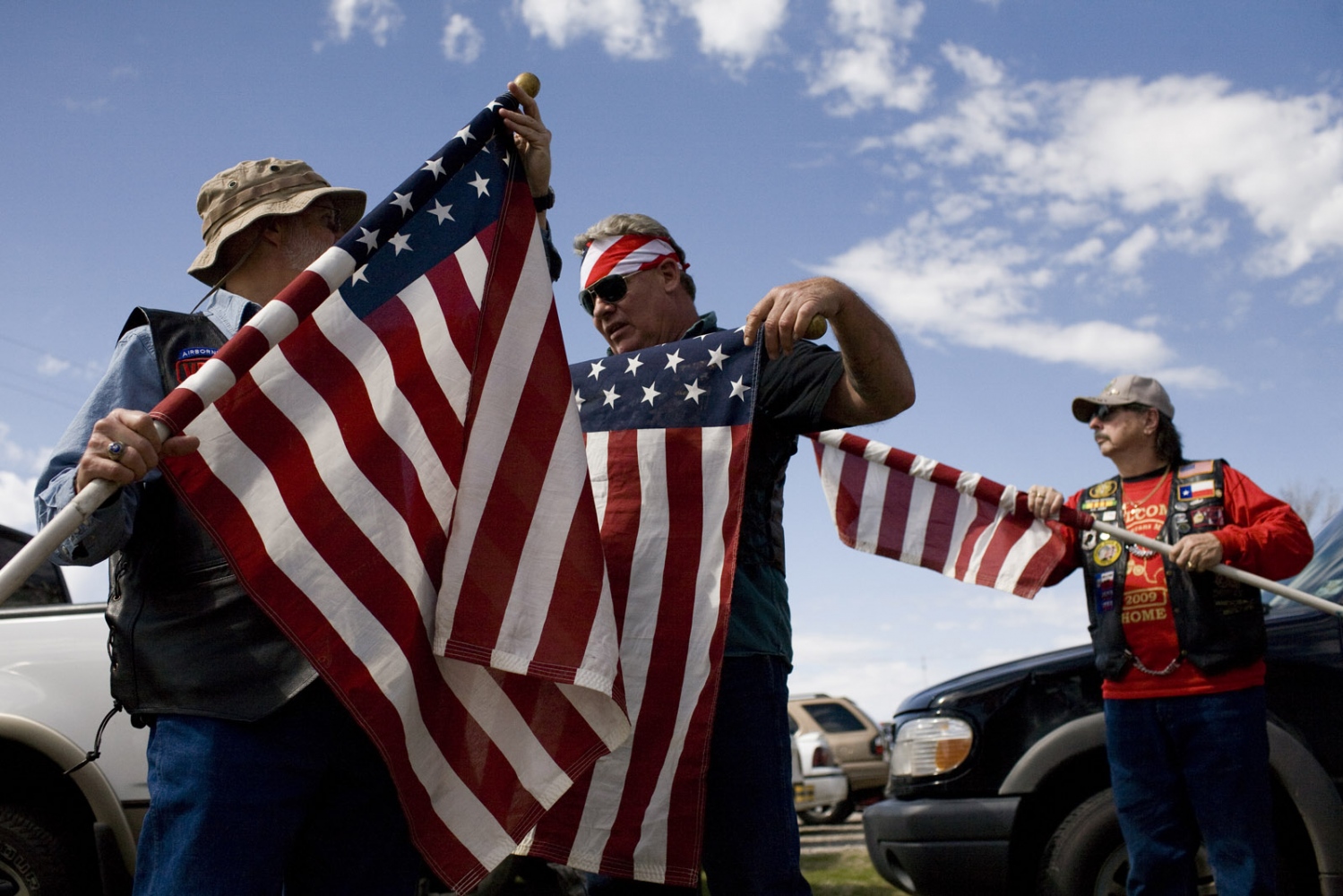 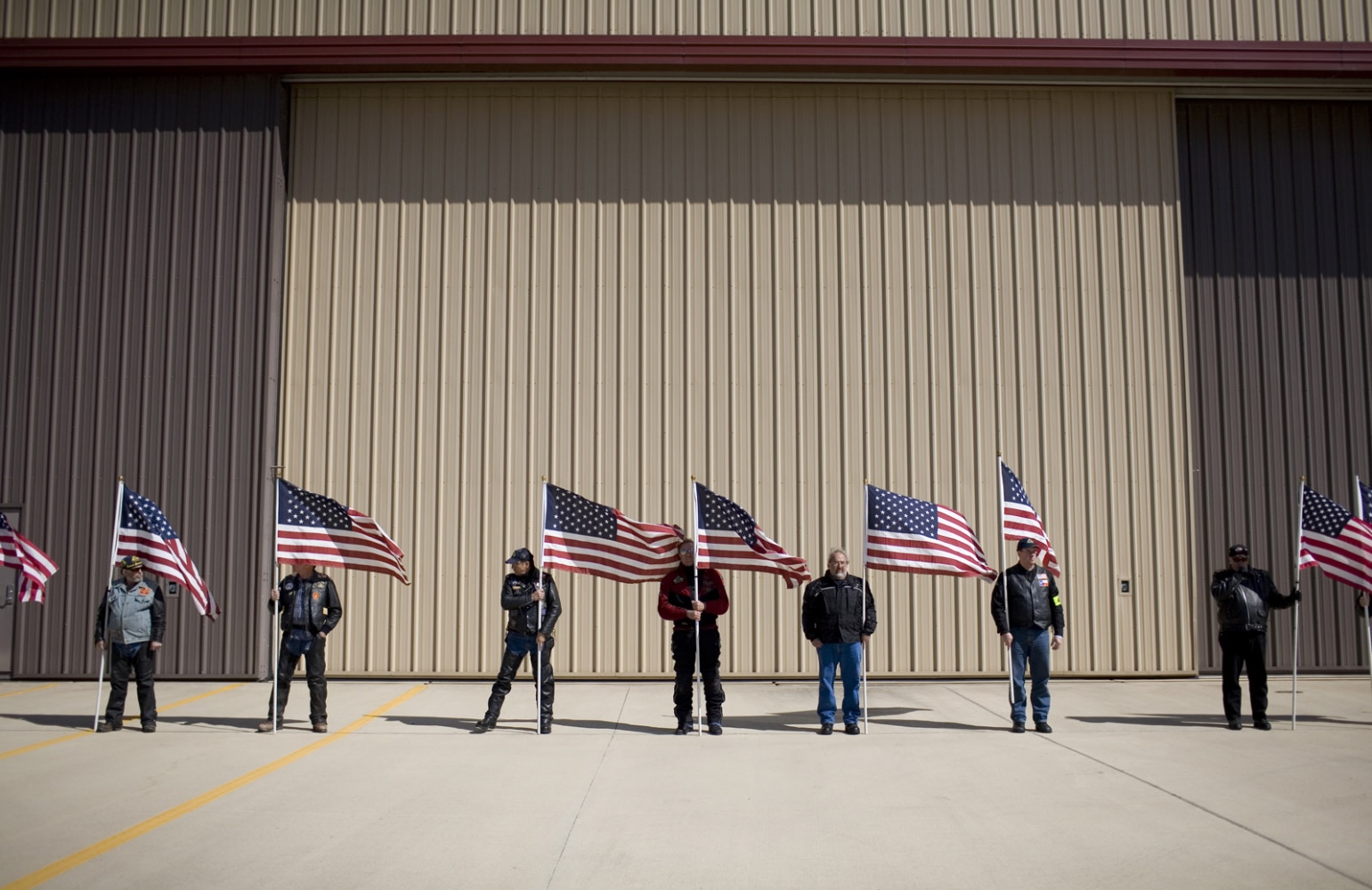 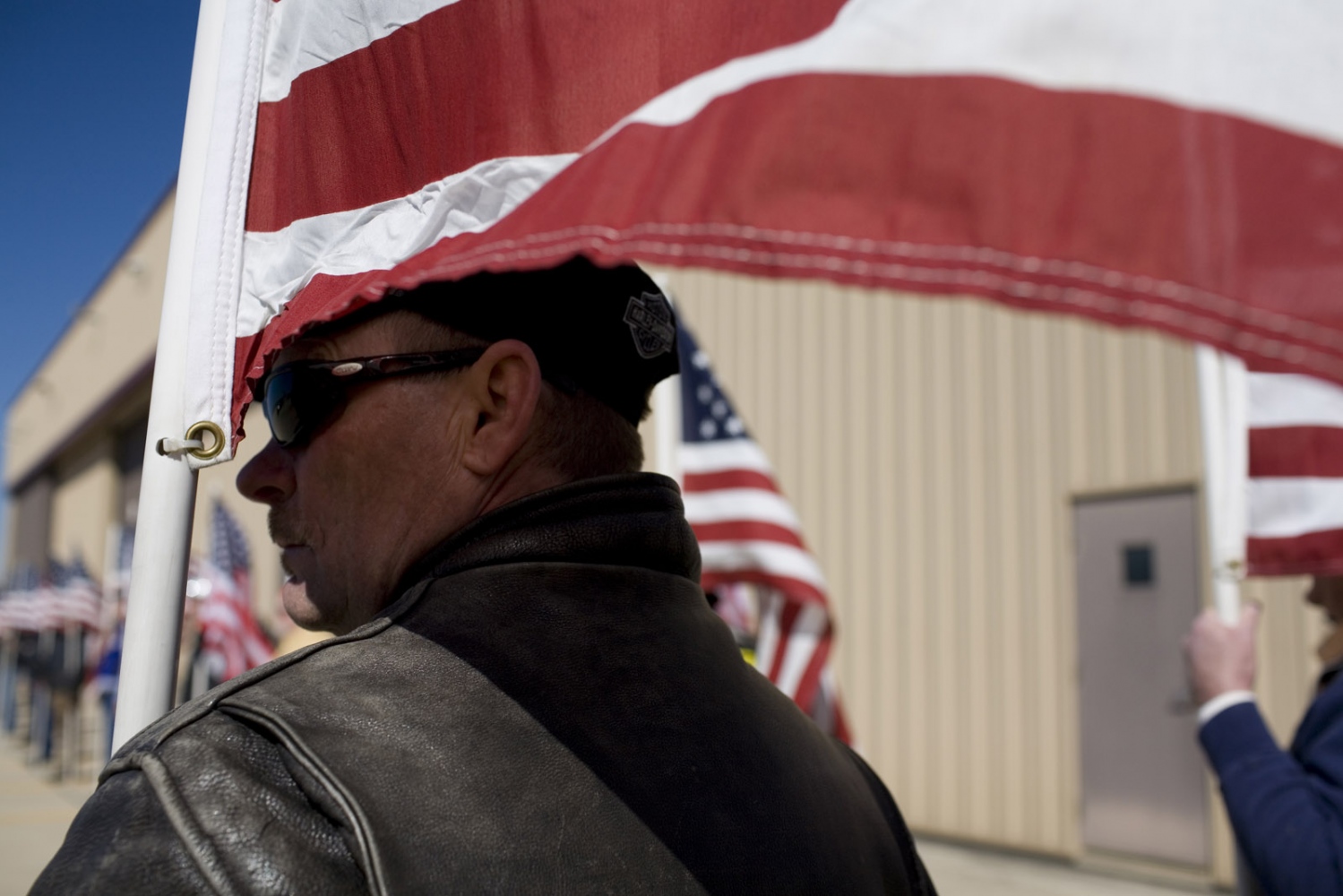 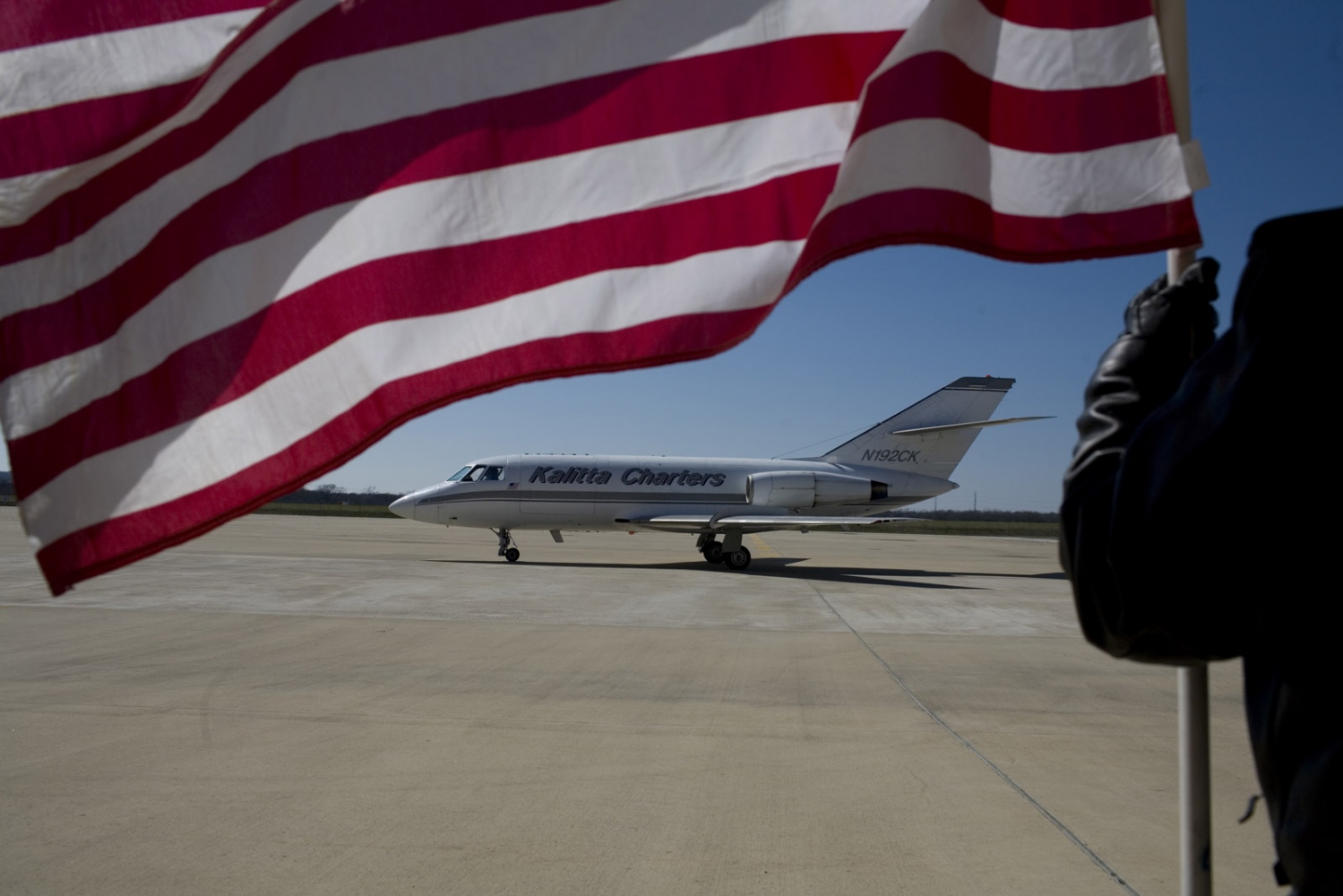 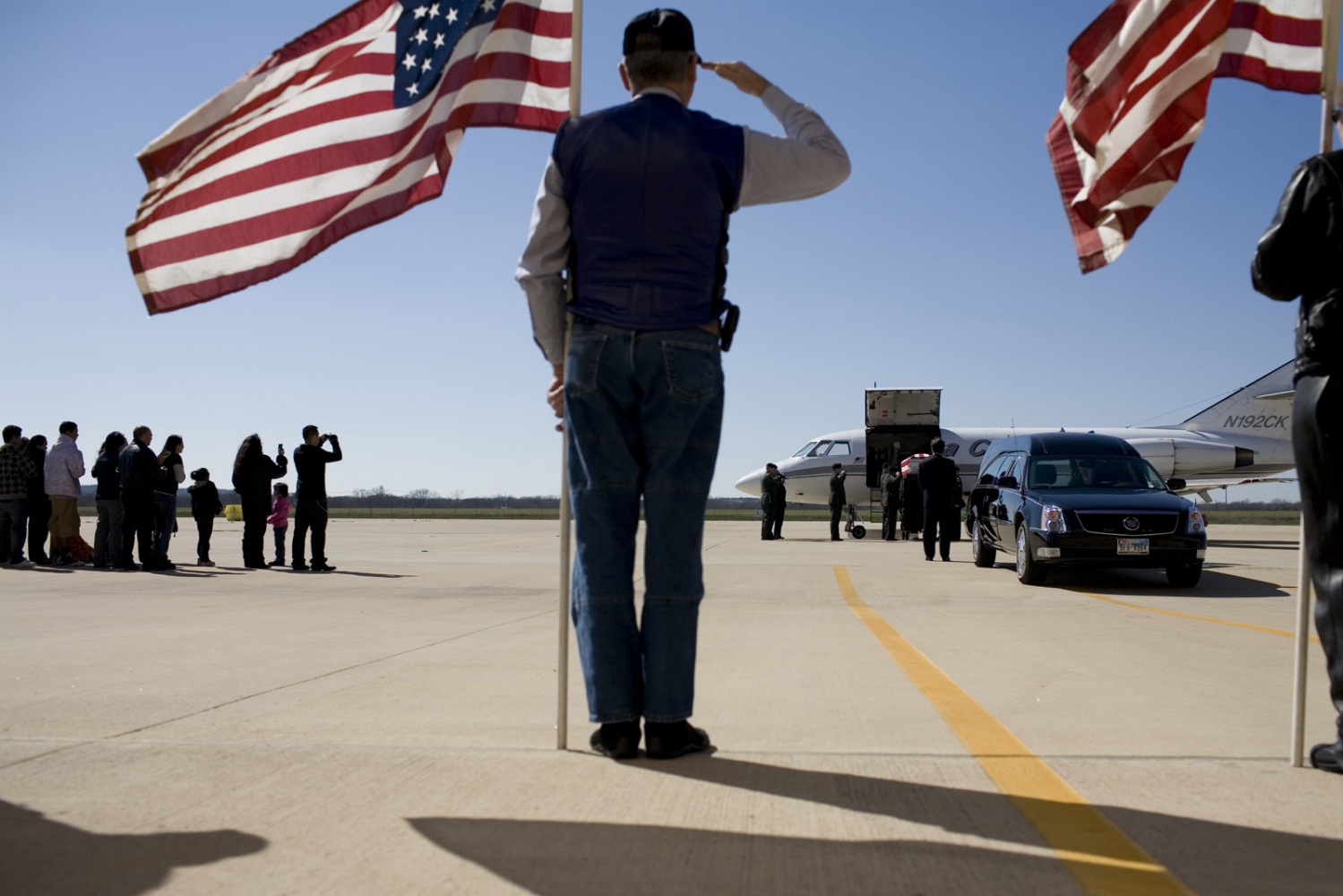 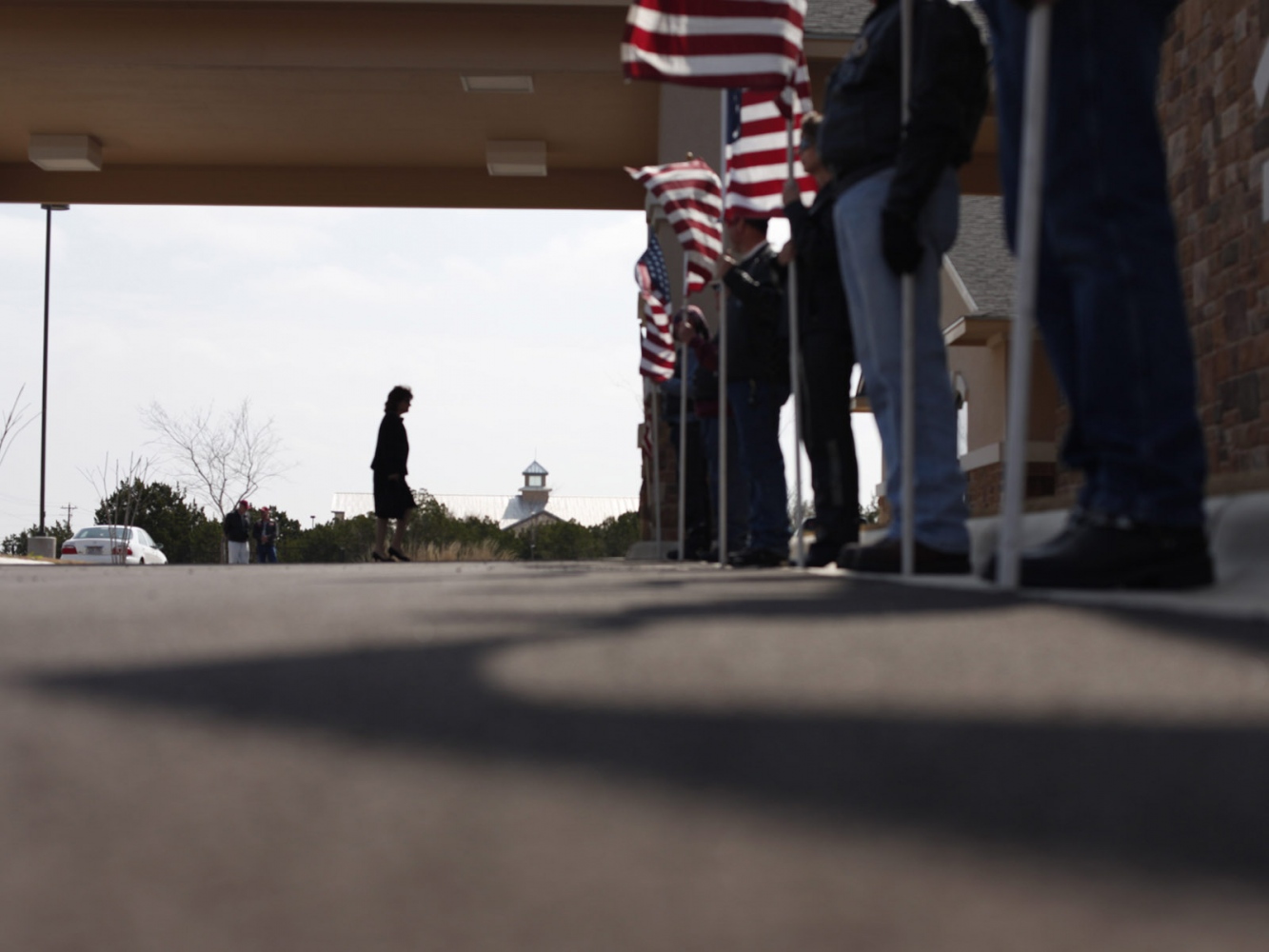 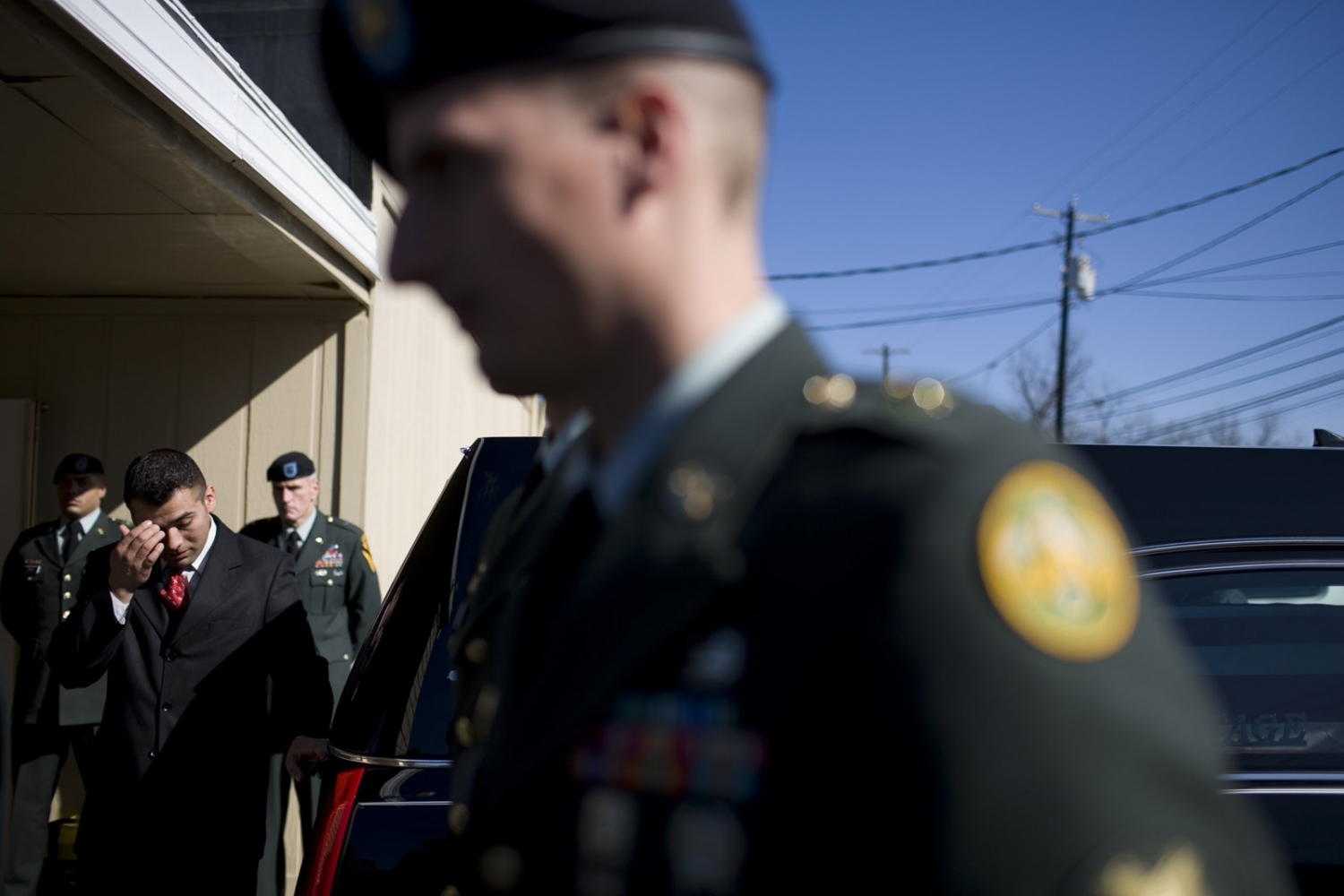 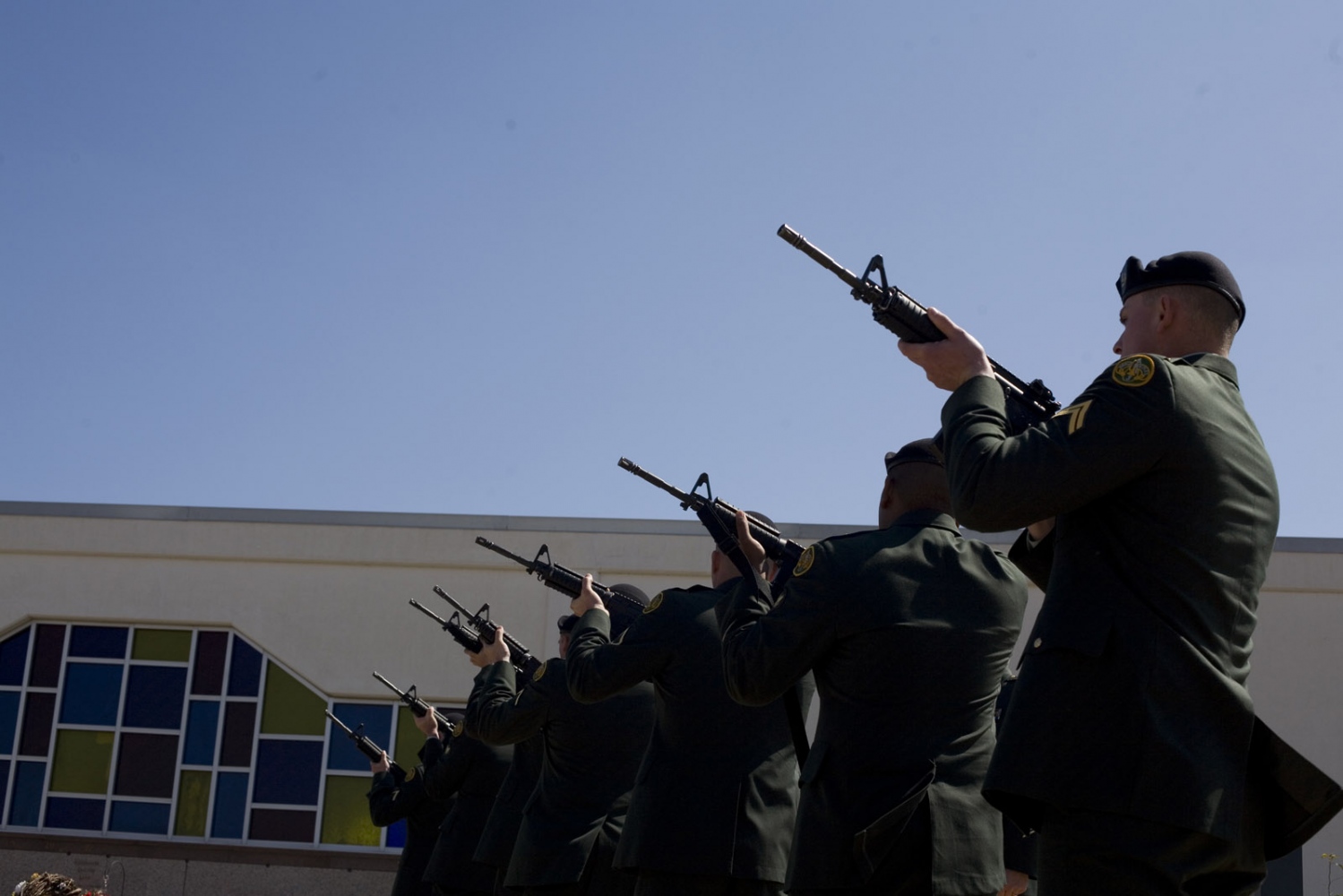 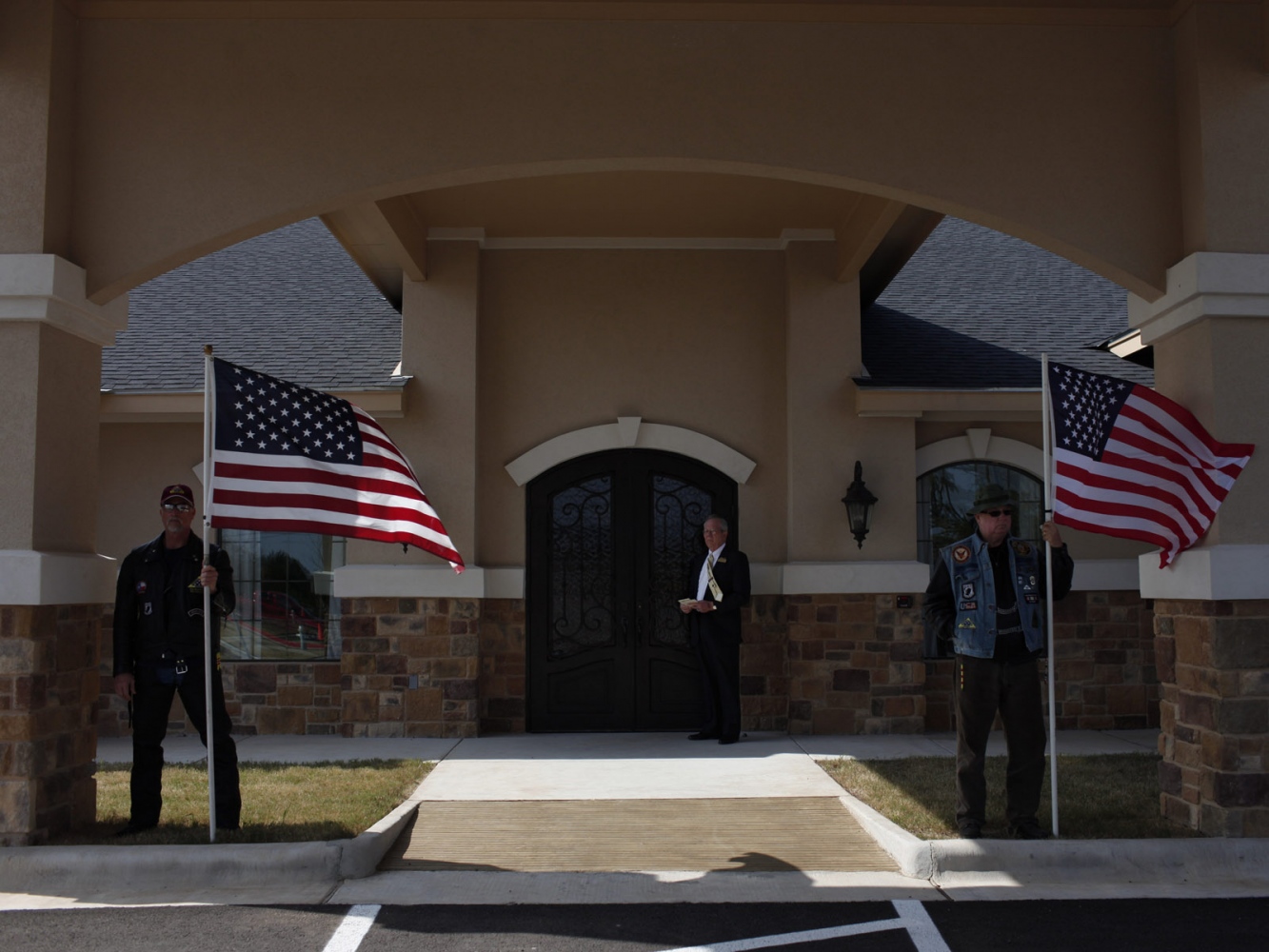 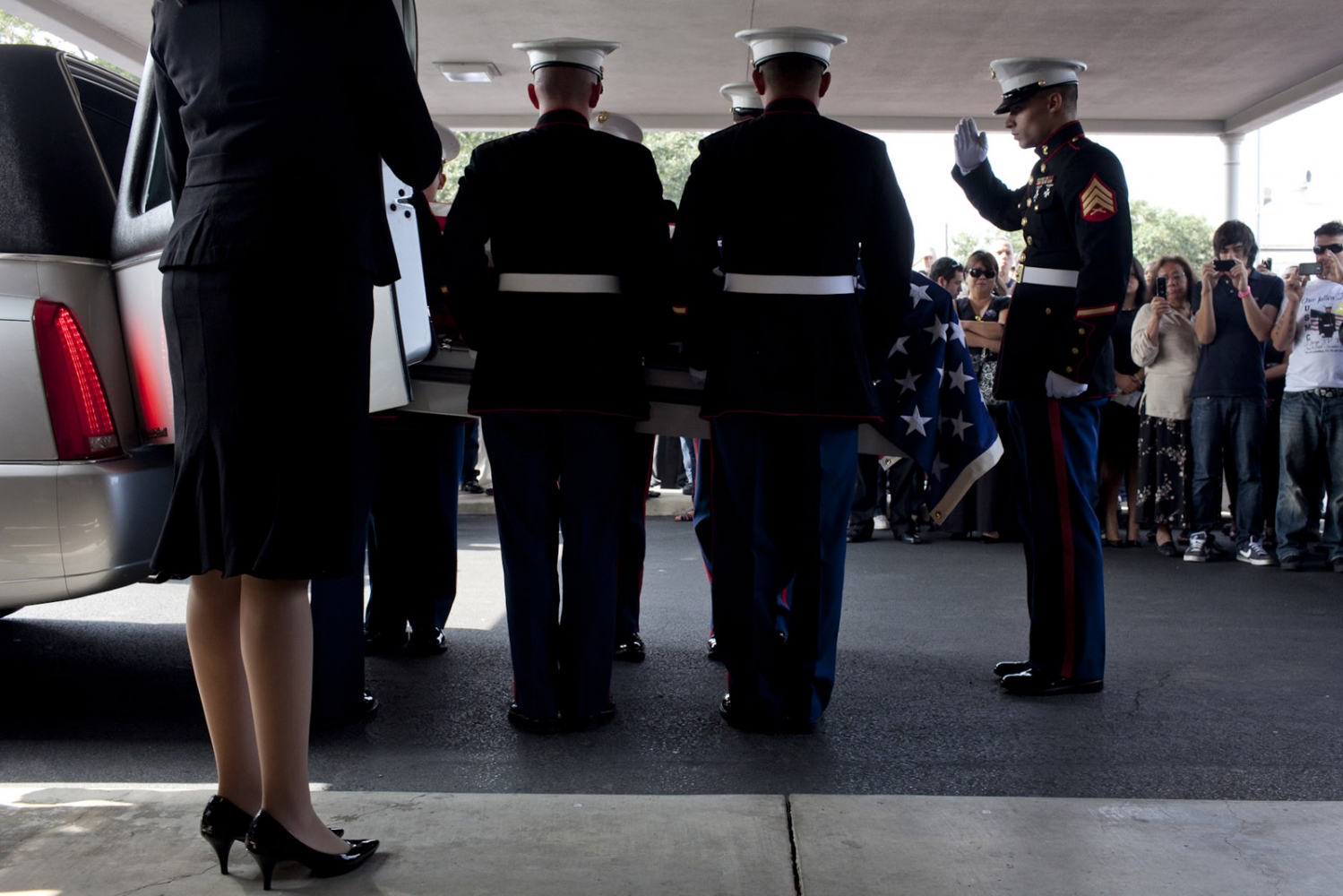 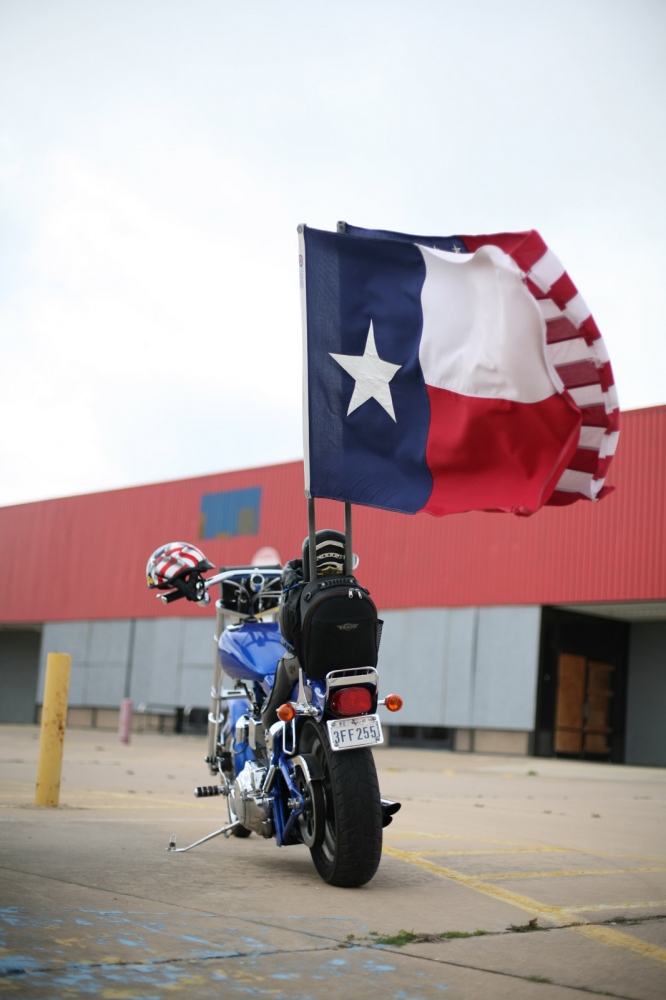 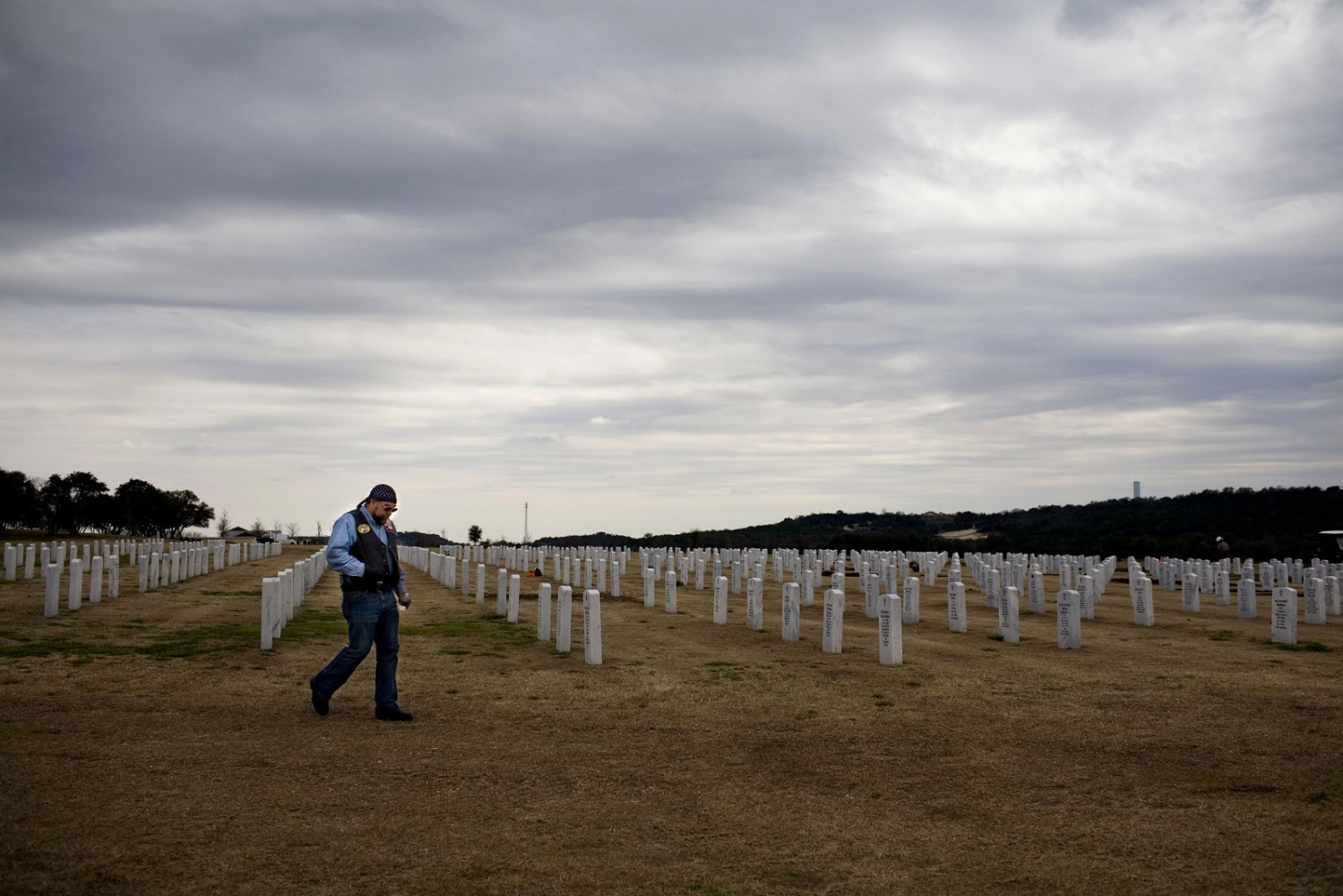 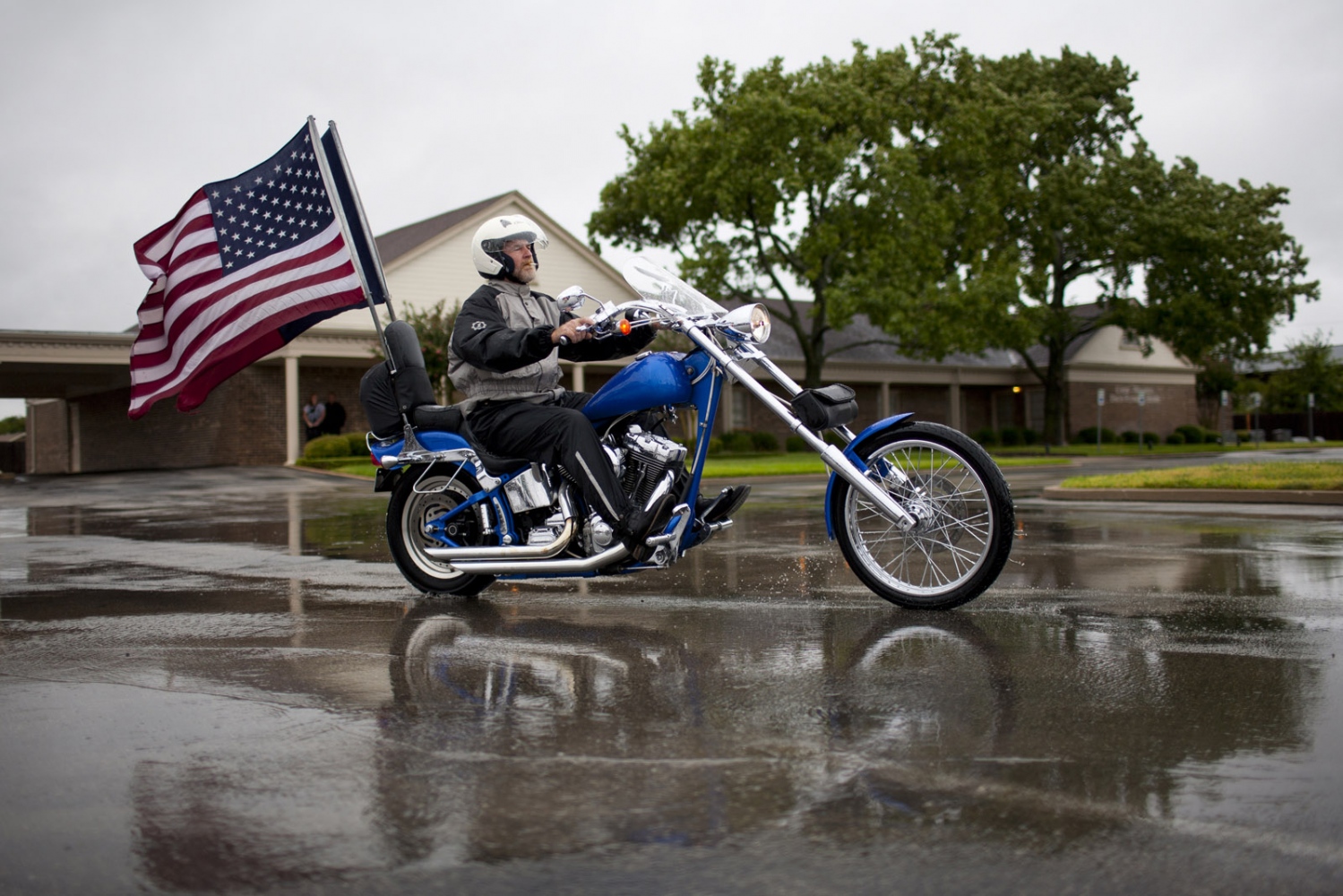 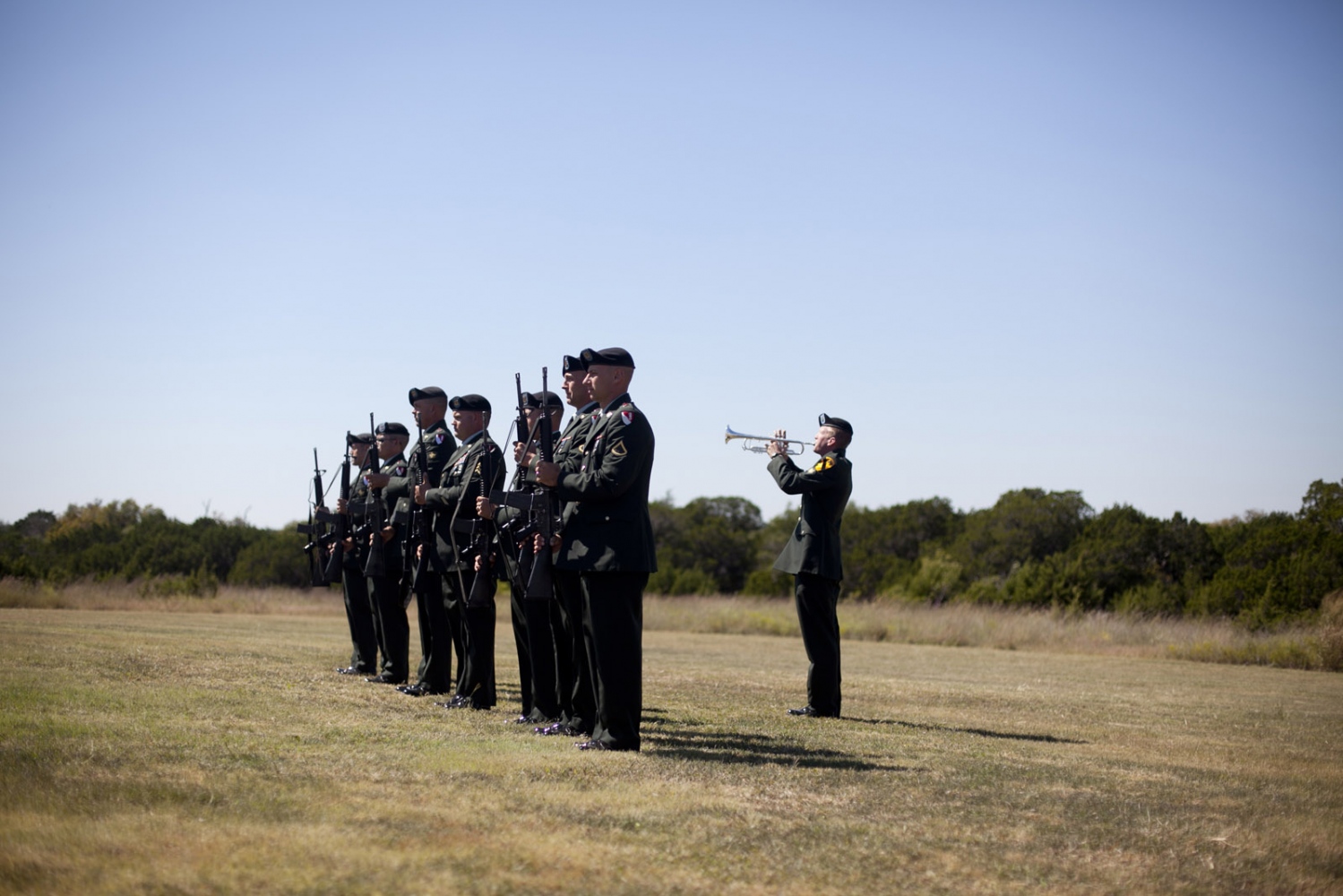 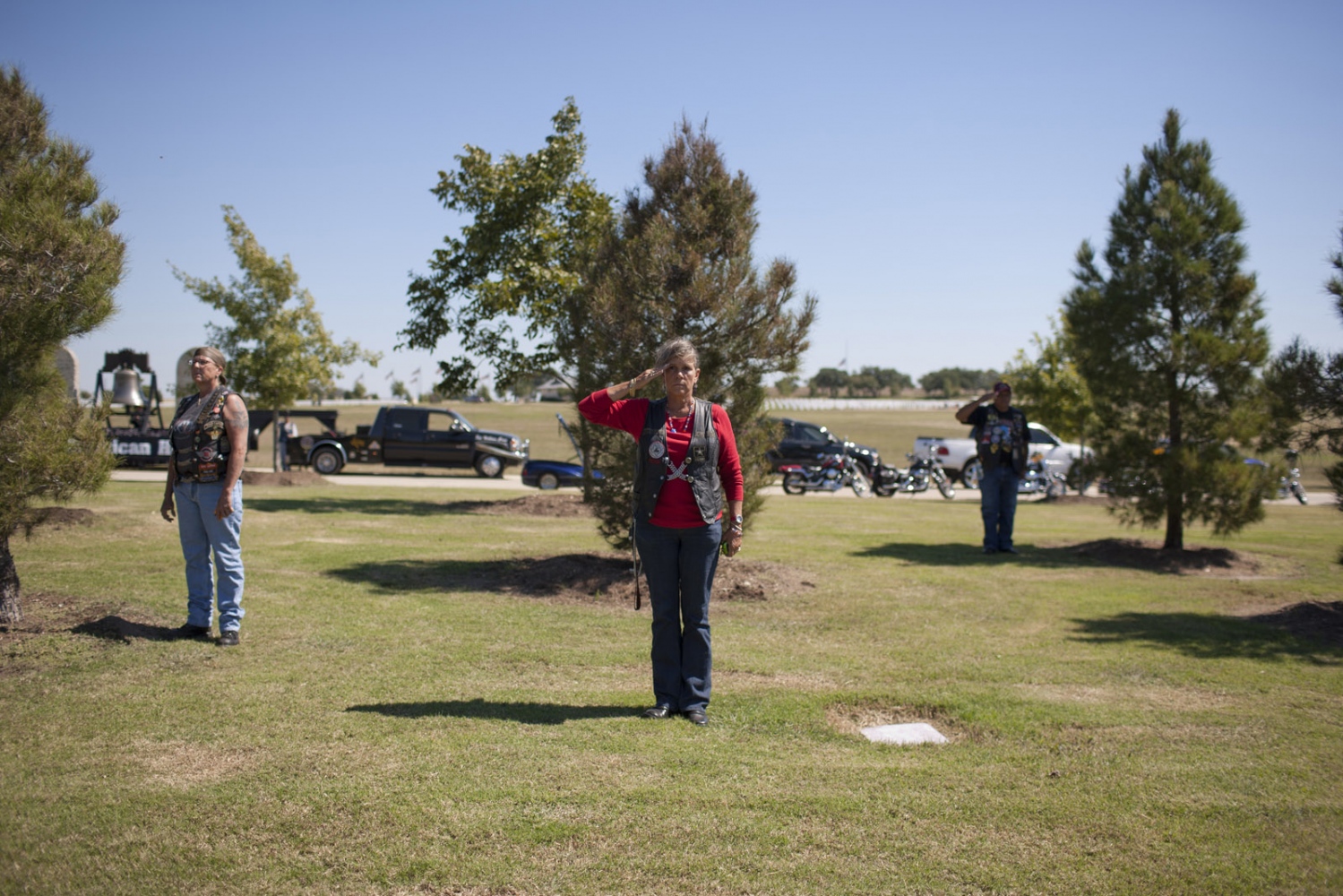 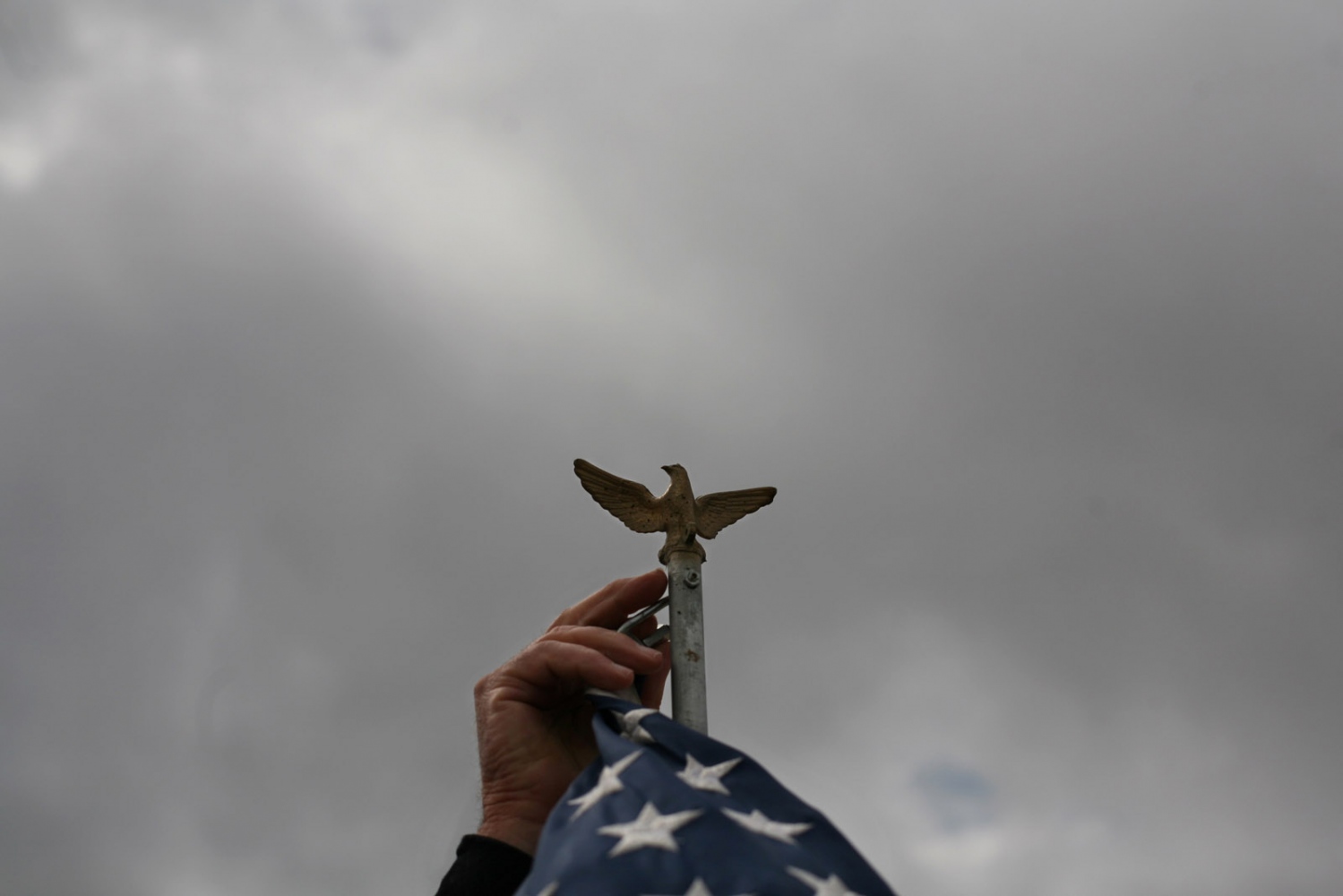 Katie Hayes Luke is a photographer and multimedia producer in Austin, Texas, specializing in documentary photography and video.